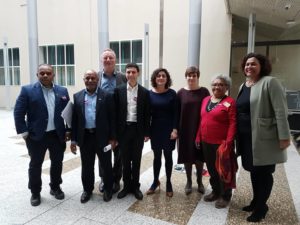 Prior to the conference, the Dutch Parliamentary Committee on Foreign Affairs officially welcomed the ULMWP to discuss West Papua’s right to self-determination in a public hearing. It was a significant milestone. ULMWP Chairman, Benny Wenda proposed a follow up on the research done by Professor Drooglever on the conduct of “Act of Free Choice” and invited the Parliamentary Committee on Foreign Affairs to visit West Papua. ULMWP’s proposal and invitation was welcomed and will be considered.

The ULMWP conference on self-determination 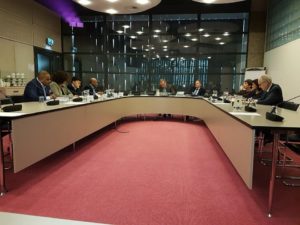 The public hearing held in the Dutch parliament 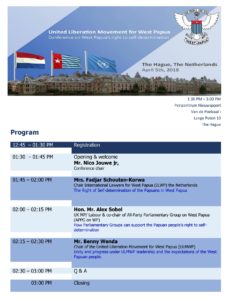